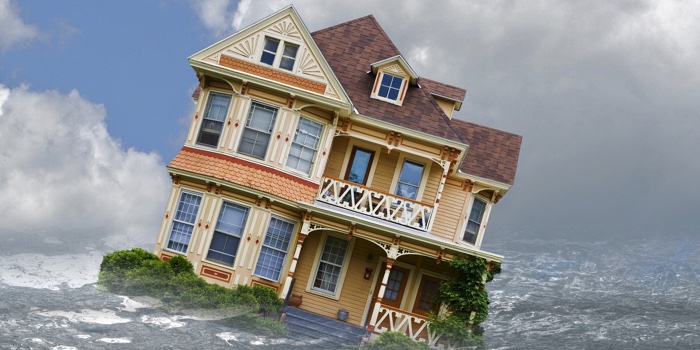 First, I will paraphrase the introduction I used for last week’s post “The Absurd”. I hope it contextualizes this second in a duo of posts, though some may consider them “rants” or, more kindly perhaps, “Don Quixote moments” as I tilt (again) at the sacred windmills of crazy dialysis.

In recent days, the faith I have always had that somewhere, somehow, in the immense firmament of dialysis, I might be able to make a small difference, has been hit by not just one, but two broadsides of friendly-fire (or rather, fire that ought to have been friendly)…one of which is quite absurd, the other of which makes me sad. Floyd Patterson-like (the first real heavyweight “scalp” of Mohammed Ali), I have that feeling that I am sagging on the ropes!

Last week, I blogged The Absurd—the extraordinary PCORI project of the Arbor Research team (read DOPPS team) who have been funded a healthy $1.8M to develop an unhealthy dialysis decision aid that recognizes only two dialysis options: centre-based HD and home PD.

This week, it is time for me to consider “The Sad.”

First, and foremost, I think that the study this post addresses is a sad piece of research. But, is it just sad? Is it bad? Or, is it both?

Secondly, the research and the publications it has spawned is sad on a personal level, as I count some of the authors among my most respected, revered and good friends. Indeed, they are respected, revered and good friends to dialysis, to dialysis choices, to dialysis at home, and to dialysis patients everywhere. Between them, they have done some of the most seminal dialysis work performed anywhere in the dialysis world over the past 3 decades. It therefore hurts me to be critical of their most recent work—yet, I find I must be, and must say so.

The study in question is the FHN2 trial(1). While I have commented elsewhere on what I believe were the invalid conclusions drawn in the initial publication of the results of this trial, yet as trials do, it seems to keep on “giving.” And, with each “give,” the original trial errors and insufficiencies compound. The most recent “gift” from the FHN2 trial is a new “analysis”—this time of the “long-term survival data.”(2)

In my view, this second data set (on even fewer numbers) suffers from all the same errors as the parent paper, and more. Yet, as the data are derived from a randomized control trial (RCT), how could they possibly be wrong?

The true bête noir here is not the research itself, nor the researchers, but the relatively recent and often quite unrealistic “requirement” of funders, payers, and legislators to slavishly demand—and only act upon—the outcomes of RCTs. This action often flows without a thought for whether the trial (or trials) are valid, or whether the results are applicable across the spectrum of the disease, treatment, or program they have aspired to study.

I have written on this issue before, first in 2007 in Nephrology, News & Issues(3), and then in a requested editorial piece for the American Society of Nephrology (ASN) publication KidneyNews in 2013.(4)

In simple terms, it is relatively easy to do a RCT of a pill vs. placebo and get a relatively certain result. But, to try to randomize two dialysis modalities—especially when they “randomly” enforce hugely differing lifestyle adaptations onto the participants—well, that’s a different matter entirely.

So...what was wrong with the FHN2 trial, a trial which purported to compared frequent nocturnal home HD with (initially at least) conventional centre-based HD?

Yet, despite all this, the nocturnal arm very nearly reached the magical p ≤ 0.05 to record a statistical benefit…but not quite! So, near enough ain’t good enough and the conclusion? Frequent nocturnal dialysis at home is no better then conventional dialysis in a centre (or at home).

In a word, it was bunkum!

And…for confirmation that it was “bunkum,” ask a home HD patient.

Better, ask a few who have been party to both.

Though I commend and applaud the trial team for trying, I believe that the results of this trial should never have been published, and certainly not as a negative trial.

Now, 2-3 years later, a new analysis of an un-analysable trial has appeared—this time, on survival(2). An avalanche of papers (probably mostly not read by US researchers) have emerged from ANZ(5), EU countries, and Canada(6) that disagree and report better long term survival with home HD regimens. Yet, here, a pitifully small number of patients (a little over 30 in each arm) who were followed for only a median period of 3½ years were reported to show that survival in the nocturnal group was less than in the conventional “centre+home” group. Again, where is the power in this study?

There is one supplemental graph (see below) in this latest report that shows the clear problem the authors had with performing and presenting this study. It compares the duration and frequency data for the “conventional centre-based HD group” (in the top three panels) with the home nocturnal group (in the bottom three panels).

At the start, the conventional group all began a centre-based 3 x low hour/week regimen with the dots (representing patients) nicely grouped in the bottom corner (top left graph). Already problematically, the home nocturnal group had a spread of hours—commonly more, and commonly more frequent, but not consistently so—with a wide scatter of frequencies and hours (bottom left graph).

So, not all of the home nocturnal patients were doing the required high frequency, extended hour program the trial demanded.

But, worse was to come …

Indeed, the duration and frequency of the so-called “conventional patients” were now proving to be indistinguishable from the nocturnal group with who they were being compared.

This “morphing,” or convergence of a trial “control” group into a replica of a group with whom they were being compared should make any comparison or conclusion untenable. Yet, the FHN2 trial concluded that as the outcomes of the two groups were similar, home nocturnal HD could not be shown to have any benefit when compared to conventional centre-based care.

An ANZ study(5) reported 26,016 patients with a follow-up of 856,007 months and showed a clear survival advantage for those at home. A further study from the same authors (currently in preparation) will further tease out the conventional home HD vs. extended hour home HD outcomes from an even larger data set.

The abstract for the FHN2 survival paper does at least report the trial’s limitations as: …“these results should be interpreted cautiously due to (1) a surprisingly low mortality rate for the individuals randomly assigned to conventional home hemodialysis (2) the low statistical power for a mortality comparison due to (3) the small sample size, and (4) the high rate of hemodialysis prescription changes”

So will I—and let you also draw yours, as you wish.